You are here: Home / Events / 2018 Cities for Life Events in Florida 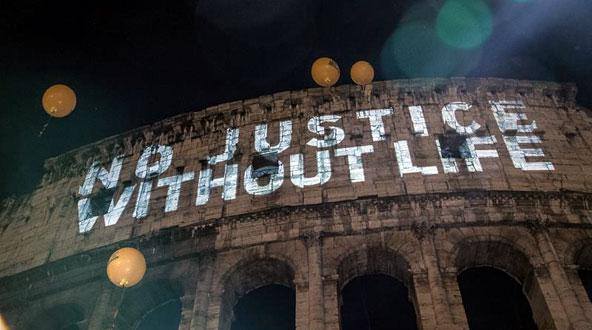 On November 30, events to recognize International Day of Cities for Life / Cities Against the Death Penalty will be held at various locations in Florida. This annual, worldwide effort has been spearheaded by the lay Catholic community of Sant’Egidio since 2002. More than 2,000 cities across the globe have declared themselves “Cities for Life” and are committed to the abolition of the death penalty and a more civil form of justice.

Following Mass, Detention Ministry volunteers from the Archdiocese of Miami will lead a Rosary for Life, praying the Sorrowful Mysteries for an end to the use of the death penalty in Florida.

Parishes invited to light churches and ring bells at 5:00 p.m. Please check with your local parish to find out if it will participate in this event.

Light refreshments and the opportunity to mingle with Derrick Jamison and Allison Ferber Miller from 6-7 p.m.
See Facebook event

Area clergy will also be attending

Following the 8:30 a.m. daily Mass, join parishioners in the Ministry Center for a video presentation of Marietta Jaeger Lane titled, “A Mother’s Journey: From Fury to Forgiveness.” Listen to Marietta explain what happened after her 7-year daughter Susie was kidnapped on a camping trip. God changed Marietta’s life and heart.
See Facebook event