You are here: Home / Uncategorized / Better Ways to Spend Our Tax Dollars

The death penalty is a highly costly and highly ineffective government program.

As a Cuban immigrant who lost everything to the Castro government when my family and I refused to denounce our Catholic faith, I am indebted to the United States for its generosity and the freedoms it has extended to me. I, thus, am honored to have served the Department of Defense (US Navy and the US Army) for 23 years in my capacities as an engineer, a principal investigator, and project director. I firmly believe that this country gets so much right; sadly, its continued use of capital punishment is an exception.

As part of my role as a Project Director in the US Army, I managed multi-million dollar budgets and was responsible for identifying financial inefficiencies. Every cost study I have seen conducted on the death penalty* concludes that the death penalty far exceeds the cost of alternative punishments, such as life without parole. We must, therefore, ask ourselves if this is the best way to spend our taxpayers’ hard-earned dollars. Particularly at this time when our state and national leaders work to mitigate the impacts of COVID-19, we confront the reality that the millions of dollars we would save by ending the use of the death penalty could increase the amount of available emergency management funds or can be redirected to other more fiscally responsible investments.

Public safety is unquestionably a primary role of government. However, when 29 people have been exonerated and released from Florida’s death row since 1973, we must wonder if we can trust the government with executing the most extreme of sentences. The alternative sentence of life without parole can protect society at a lower cost burden to taxpayers and maintains the possibility of correcting mistakes. In the words of Juan Melendez, exoneree from Florida’s death row, “We can always release an innocent man from prison, but we can never release an innocent man from the grave.” 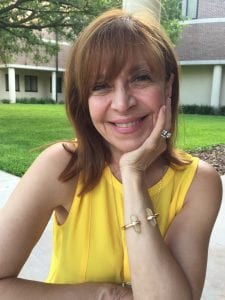 To find out more about FADP’s Board of Directors and why they support ending the death penalty, please visit  Who We Are