You are here: Home / Uncategorized / Death Warrant! – Living with a Family Member on Death Row.

I would like to begin with one of my favorite quotes from Dietrich Bonhoeffer:
“Silence in the face of evil is itself evil:
God will not hold us guiltless.
Not to speak is to speak.
Not to Act is to act.”

I personally have always been against the death penalty because I believe that we do not have the right to take anyone’s life. Being born and raised in the aftermath of the Third Reich in Germany, killing anyone, state sanctioned or not, was not and is not acceptable to me.

This was a rhetorical statement until 2004 when I met my former husband’s brother, who had then been on Death Row for 21 years at that point. My in-laws had passed away and the rest of the family had distanced themselves from the issue over the years and my now former husband, because of his own struggles with the legal system, was not and is not allowed to visit.

Over the past 15 years my brother-in-law and I have become close friends. We have laughed together; we have cried together. We share the fear of an impending Death Warrant, knowing that all his appeals are completed. We saw my children grow up. My brother-in-law held his niece and his nephew for the first time when they were only a few weeks old. He could not believe it, but he was not the only one. Inmates and families of inmates were thanking me for bringing my babies to shine a light in a place of darkness. My daughter and son are well known at the visitation park on Death Row. They have blessed more lives than they could ever imagine.

During my visits on Death Row I am always amazed to see men whom society considers monsters be respectful, kind, encouraging and sharing hugs from time to time. I see moms visiting their sons, wives visiting their husbands, children seeing their dads, siblings visiting siblings, and men and women who visit from overseas to shine a light in someone’s life. I have seen many tears and much laughter. I shared tears of joy with a man who had been on Death Row for 30 years and was resentenced to three life sentences. Only in a country that has the death penalty would we rejoice over three life sentences.

Over the years I have struggled as a family member of a Death Row inmate to speak up and bring awareness to a group of victims who feel guilt by association. Moreover, family members are warned by the lawyers who work on the appeals not to bring public awareness to our loved ones on Death Row. In 2013 I broke my silence. That year Governor Rick Scott signed the “Timely Justice Act” into law. The new Florida law was intended to speed up the process between the death sentence and the execution. At that point, we knew that my brother-in-law could be next for an execution.

There are no easy answers and I understand that the day my brother-in-law and his cohort committed their crime, a young woman died. She had her life ahead of her and she was someone’s child, someone’s wife, and someone’s mother.

I am reminded of my own country’s issues with the death penalty. Germans killed millions of people during the Third Reich for a variety of reasons, because they were Jewish, because they were “Gypsies” (Roma), because they were mentally or physically challenged, because they stood against Hitler, because their sexual orientation was considered unacceptable, because they were homeless, and many other reasons. After the war was over there was silence. The murderers did not talk about the atrocities they participated in or witnessed, and the victims were silent as well. That silence prevented healing and reconciliation. When my generation came of age and was able to articulate questions, our grandparents had passed away and with them the answers to our questions.

Moreover, breaking our silence could potentially be healing for those who think it’s okay to kill people who kill people to show that killing people is wrong. Each person on Death Row is better than the worst thing they may have done. Restorative justice benefits our society and values all life. It should be the goal of our democracy. 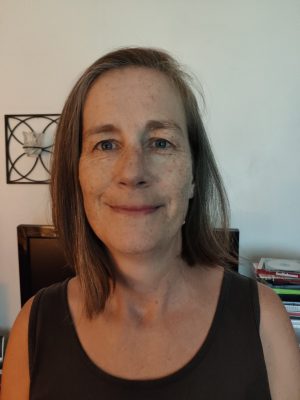 Elke Long is a Board Member of Floridians for Alternatives to the Death Penalty – FADP, the statewide Florida grassroots organization fighting for the abolition of the death penalty.