“There is no power on earth greater than an idea whose time has come.” 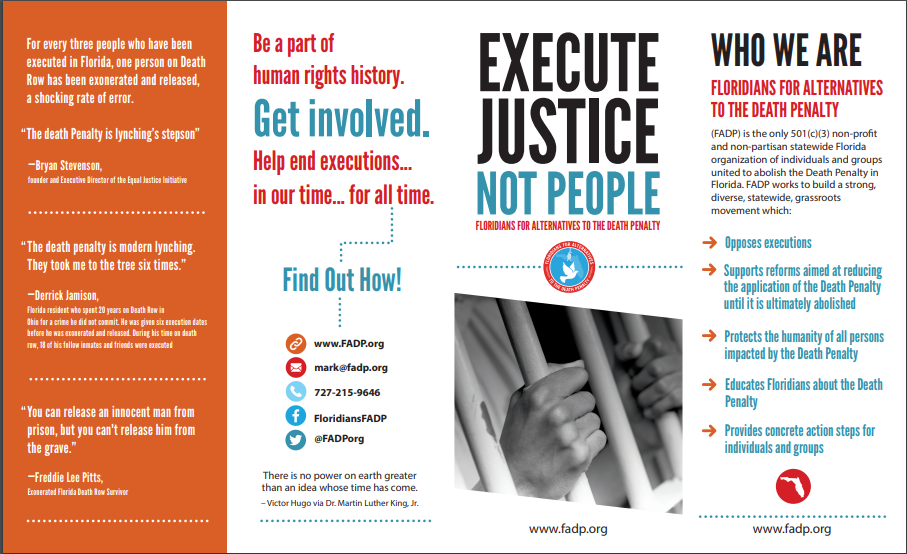 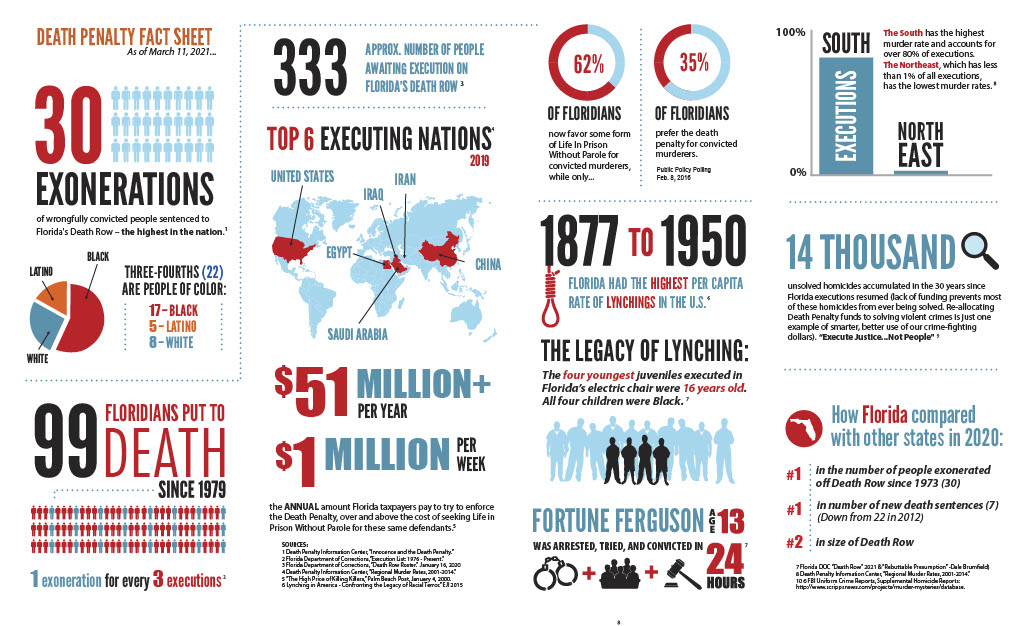 Florida Death Penalty by the numbers

30 exonerations of people on Florida Death Row since 1973 due to evidence of wrongful conviction – highest in the nation. [1]

Shocking Rate of Error – For every three people executed in Florida, one innocent person on Death Row has been exonerated and released.

Over $51 million per year: the ANNUAL amount Florida taxpayers pay to try to enforce the Death Penalty, over and above the cost seeking Life in Prison Without Parole for these same defendants ($1 million a week). [4]

14,000+ unsolved homicides accumulated in the 30 years since Florida executions resumed (lack of funding prevents most of these homicides from ever being solved. Re-allocating Death Penalty funds to solving violent crimes is just one example of smarter, better use of our crime-fighting dollars. (i.e., “Execute Justice…Not People”). [5]

The Legacy of Lynching: The four youngest juveniles executed in Florida’s electric chair were 16 years old. All four children were Black. Fortune Ferguson (age 13) was arrested, tried, and convicted in 24-hours. [6]

NEVER in the history of Florida (170 years), has a white person been executed soley for killing an African-American. [11]

62% of Floridians now favor some form of Life In Prison for convicted murderers, while only

35% of Floridians prefer the death penalty for people convicted of murderer. [14]

How Florida compared with other death penalty states in 2020