You are here: Home / Uncategorized / Joseph E. Thornton, MD: Why I Oppose the Death Penalty

“If you see something, say something.” This is a common principal for public safety and prevention of harm.

I had the unique experience 20 years ago to work as medical executive director and a psychiatrist at a Florida maximum-security prison and death row.  In my role as a treating psychiatrist, I learned the detailed life stories of several men who were sentenced to death. In my role as medical executive director, I made face-to-face rounds to see 300 men on death row each week for almost three years.  From what I saw, I must tell you that the death penalty is a murderous lie. The death penalty is not necessary to protect society, it is unjust in its application, and innocent men and women are often sentenced to death – sometimes as the result of prosecutorial misconduct.  Additionally, the death penalty is an offense against our nation’s moral integrity and a threat to your safety.

How is the death penalty a threat to your safety? The death penalty contributes to the erosion of the ethical integrity of the medical profession.  I became publicly opposed to the death penalty in 2013 when a committee of three psychiatrists examined an inmate and cleared him for execution that month.  Doctors whom I knew and respected were involved in facilitating this legalized killing. The death penalty in the USA cannot exist without the ethical cover of the medical profession to portray that it is not cruel. The fact that it is not a physician who physically pushes the lethal legal drugs into the inmate’s body for the legalized killing, does not absolve the role medical professionals play in the killing process.  The erosion of medical integrity threatens us all. You depend on the health profession to act in your interest with decisions based on truthful, accurate data. Many in the medical profession are rightfully concerned with intrusions into the doctor-patient relationships by insurance companies or big data intrusions into privacy. Many are also alarmed by the routine occurrence of pharmaceutical companies paying large dollar fines against even larger dollar profits associated with deceiving the public.  If the principles of lies, permissiveness, and profit prevail over truth and medical integrity, then you are not safe from the harmful influences your healthcare provider may have from payors, the government, or other powers. In my current work in academic medicine, I see many threats to medical integrity from administrative bodies.  The death penalty is just one of many threats to medical moral integrity, but it is one threat that has minimal benefit, significant risk, and can be easily eliminated.

I have seen the death penalty in action in Florida and I must tell you that you are endangered by its corrosive effects on our state and national integrity.  I urge you to tell your elected officials, your health providers, your clergy, friends and family to end the death penalty. 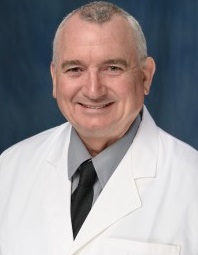 Joseph Thornton, MD is a Board Member of Floridians for Alternatives to the Death Penalty – FADP.