You are here: Home / Uncategorized / Nancy O’Byrne: Why I Advocate Ending Executions

When I was a little girl, probably nine  or ten years old, my mother was raising me by herself and she often had to work long hours and weekends. I was one of those “latch key kids” after school from first grade on. My summer babysitter, a recent high school graduate who lived across the street from us, took me with her one day to the prison where we visited her boyfriend.  I think I was too young to be afraid and very trusting of my babysitter, so it wasn’t a traumatic experience for me at all. It did, however, leave a long-lasting impression which has stayed with me to this day. I saw how very normal and human he was. Although he had made a huge mistake, he just wanted to be given a second chance.  He eventually got a second chance, but most people on death row don’t, even those who have repented and transformed their lives while sitting in prison for 10, 20 or even 30+ years. I have met some of them and listened to their stories. Even though our prison system is capable of keeping us safe from those who are violent, somehow, our state officials in Florida think they have to kill a person to satisfy a need for revenge and punishment – ignoring the more humane goals of rehabilitation and forgiveness.

I am a convert and I have studied many of the encyclicals from Popes, pastoral letters from Bishops, and have been steeped in Catholic social teaching for the past 30 years. I truly believe in the innate dignity of each human being and that all life is sacred and redeemable – every person is worth more than their worst act. So to me, state-sanctioned execution supported by our tax dollars makes killers of us all – and negates any “Respect Life” philosophy that may be held by the taxpayers.  “Not in my name” is what I am saying when I stand up on street corners during executions, holding signs, handing out informational leaflets about Florida’s broken and cruel death penalty system, and standing in silence when 6 p.m. comes and another life is taken. Florida has more exonerated survivors of death row than any other state – that means the most  people sentenced to death for a crime they did not commit – and it makes me wonder how many more innocent people we have gone ahead and killed, especially before DNA testing was allowed as evidence. Now, in many cases, new evidence of wrongful conviction is not allowed as evidence after a certain period of time post-conviction. It’s these issues of injustice and morality that keep me engaged in the struggle against the death penalty.  At the end of every execution vigil, we stand in a circle and pray Sr. Helen Prejean’s Prayer to Abolish the Death Penalty. Her words resonate deeply within me:

“God of Compassion, You let your rain fall on the just and the unjust.  Expand and deepen our hearts so that we may love as You love, even those among us who have caused the greatest pain by taking life. For there is in our land a great cry for vengeance as we fill up death rows and kill the killers in the name of justice, in the name of peace … Help us to work tirelessly for the abolition of state-sanctioned death and to renew our society in its very heart so that violence will be no more.” Amen. 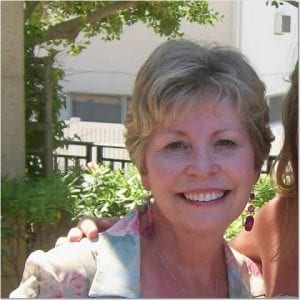 Nancy O’Byrne is Board Chair of Floridians for Alternatives to the Death Penalty – FADP, the statewide Florida grassroots organization advocating the abolition of the death penalty

To find out more about FADP’s leadership team and how you can join them in the struggle to end executions, please visit https://www.fadp.org/who-we-are/