You are here: Home / Learning Resources / Nancy O’Byrne’s Excellent Letter to the Editor 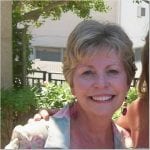 FADP Board Member, Nancy O’Byrne’s excellent Letter to the Editor of the St. Augustine Record:

Unfortunately, our federal government has decided to make December and January months of darkness and death. What happened to the “Happy Holidays from the White House” message?  Instead, we have an unprecedented number of federal executions scheduled 13 in a row – regardless of the public sentiment growing against capital punishment.  There seems to be a rush to get them all in before the current president leaves office. A farewell gift of sorts?

Several faith leaders are speaking out against the death penalty:

Ecumenical Patriarch Bartholomew of Constantinople, the head of the Eastern Orthodox Church, on October 20 called opposition to the death penalty “the logical and moral consequence” of adherence to Christian principles of human dignity.

Pope Francis, in his Oct. 3rd encyclical, rejected capital punishment. Citing centuries of death-penalty opposition by leading Catholic scholars and clergy and calling attention to the possibility of judicial error and the misuse of capital punishment as a tool of persecution by autocratic regimes, Francis called upon all Christians to work for “the abolition of the death penalty, legal or illegal, in all its forms.”

Bishop Felipe Estevez of the Diocese of St. Augustine released his most recent pastoral letter, Standing up for the dignity of all human life on capital punishment in Florida,” on May 12, citing lack of representation for the poor, racial bias, and discrimination in jury selection.  Florida leads the country in exonerations (people sentenced to death who are later found innocent) – for every three executions there is one exoneration in our state!

It would be great if more of the faithful in the pews would stand up and speak out as well – our leaders need to hear from you.  Together we could bring a little more “light and life” into our world.

Link to Nancy’s Letter to the Editor in the St. Augustine

“A sudden rush to execute federal prisoners betrays the season”