You are here: Home / Uncategorized / Shine the Light 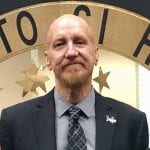 Dear Colleagues,
Answers can be revealed in amazing and unexpected ways.

Twenty years ago, before dawn, I stood in a darkened field across the highway from Florida‘s Death Chamber at the state prison near Starke. Having lost loved ones to homicide and knowing that more killing does not “fix” anything, I travelled here to find answers as to why we were killing imprisoned people. That day, Florida was to carry out its first execution since two electric chair killings had gone horribly wrong. To preserve use of the death penalty, the state was going to try out lethal injection to kill Terry Sims.

I could not understand why we were executing people when prisons can securely confine them if they are a danger to others. This was even more puzzling after Florida enacted the extreme option of permanent incarceration, and yet continued to kill well-secured, captive prisoners.

As a Floridian, the desire to understand our state government program and if there was a compelling reason for it or redeeming virtue or value in continuing it, set me on a journey to find out more. This led me to the field across from the death chamber.

Revelations that day changed the course of my life.

I overheard the spokesperson for the Department of Corrections confide to a friend, “This execution is extremely difficult and troubling for me. The man we are executing is one of the nicest people you could ever meet. It’s as though we are killing a different person today than the one who committed a crime 23 years ago.”

Among the protestors and those keeping vigil was a rabbi with members of his congregation. They were facing toward the death chamber, intently praying while wearing prayer shawls and yarmulkes. The rabbi told me that Terry Sims was Jewish. They had asked prison officials if they could pray with Sims but were sent across the highway from the prison. We discussed how lethal injection was first developed in Nazi Germany by Dr. Karl Brandt, personal physician to Adolph Hitler. It was used in the infamous T4 program to legally murder disabled children and adults along with Jews and others the state deemed undesirable or “unworthy of life.” I was deeply shocked that the State of Florida had chosen to revive this horrific legacy by choosing a Jewish prisoner to be the first killed by lethal injection. I felt a sudden spark in the core of my being that later became a fire.

Narrowing my eyes, I surveyed the stark buildings across the street and wondered why some prisoners were on Death Row while others also convicted of horrible crimes were not. Were most of them of poor? Was there racial bias? Could some be innocent? I discovered that the answer is “yes” to all three, and then knew I had to do something about it. There is a saying, “The more you know about the death penalty, the less you like it.” This was true for me and for many others who shine the light of truth into the darkness of this unnecessary, costly, and mistake-ridden government program that, in our name, commits legalized, ritualized, premeditated murder.

Today, at the time of executions, I stand with concerned citizens in the same expansive fields across from the death chamber. We are not alone. We are joined by the specter of millions upon millions of men, women, and children – prisoners killed by governments throughout the world and throughout history. They silently urge us on, “Speak. Speak for us.”

It is time to close the Death Houses. Please join and support the FADP volunteer-led coalition campaign to shine the light and end executions in our time, for all time.

Sent by:
Mark Elliott
Executive Director
Floridians for Alternatives to the Death Penalty
www.fadp.org
FADP is a non-profit and non-partisan statewide Florida organization of individuals and groups united to abolish the Death Penalty in Florida.