You are here: Home / Uncategorized / “They executed my brother” 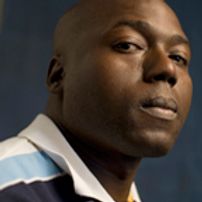 “They executed my brother.”
Philonise Floyd (brother of George Floyd).

I faced my own execution every day for 3 years on Florida’s Death Row for a crime I did not commit. I consider myself to be one of the luckier ones since I was ultimately exonerated unanimously by the Florida Supreme Court. I get to live my life as a free man today while so many others have been executed without a trial, without a judge, without a jury.

Tragically, this is disproportionately true of our brothers and sisters of color. Today’s death penalty and criminal legal system practices are direct descendants of racial terror lynching and racial bias. Working together, we can transform our grief and righteous anger into meaningful action. Although I was exonerated and released, I am unable to vote. I urge you to vote in the August 18 primary and November general elections in solidarity with me and my brother and sister exonerees.

ACTIONS: Choose One or All Three:

In Solidarity,
Herman Lindsey
23rd of 29 Exonerated Florida Death Row Survivors
Board Member of FADP and Board Secretary for Witness to Innocence