You are here: Home / Uncategorized / Why Ingrid Fights for Life Over Death 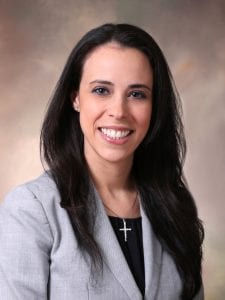 Many years ago, my father was in front of a firing squad. He was 17 years old. 10 other men were with him to meet the same fate. He heard 10 consecutive shots. He saw 10 men fall to the ground, some of them while screaming, “Long live Christ the King” before their fall.

As he heard the 11th shot, he knew it was meant for him. He fell back as it hit him and knew he was about to die.

The soldiers laughed. They bent over him and said, “You get one chance. Give us the names of everyone in your rebel group. The next bullet won’t be a blank.”

My father had been captured for being part of the revolt against Fidel Castro’s dictatorship. To save his life that day he did give names, but cleverly, only of comrades who had already escaped the country or were already dead. Thankfully he wasn’t put in front of another firing squad and was released 16 years later. He was never the same. The trauma of this, and other torturous experiences while captured has resounded throughout every aspect of his life since then.

The death penalty has collateral consequences that often go unspoken and unacknowledged. Even for those who have not been affected directly, as in the case of my family, the death penalty allows a coarseness and a devaluation of life in our society as a whole.

On this Good Friday, when those of us who practice the Christian faith commemorate the execution of our Lord, may we also reflect on how we can recognize the face of Christ in those sentenced to the modern-day death penalty. May we contemplate how we can serve those who walk on death row today, their families, their corrections officers, and all those impacted by violent crime. And may we envision and work towards a society that no longer seeks vengeance but rather reconciliation and rehabilitation. After all, Good Friday is only good because it extends redemption to all of us – yes, all of us – from our sin.

Ingrid Delgado is Chair of the Board of Floridians for Alternatives to the Death Penalty – FADP, the statewide Florida grassroots organization fighting for the abolition of the death penalty.